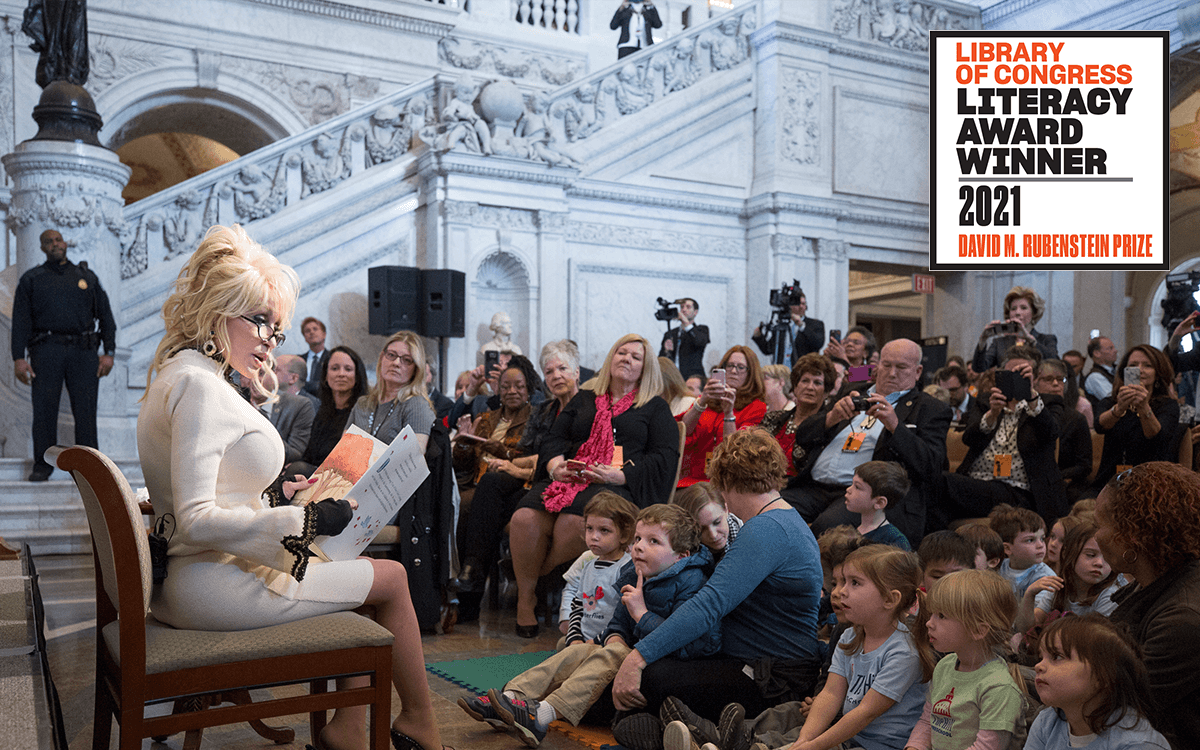 The worldwide literacy program that many have called “the little program that could” continues to receive praise and recognition for its role in shaping the future for millions of children around the world. Dolly Parton’s Imagination Library received one of the highest literacy honors from the Library of Congress on International Literacy Day for the work it does to instill a love of reading in kids.

The Library of Congress awarded the Imagination Library, an initiative of The Dollywood Foundation, with the $150,000 David M. Rubenstein Prize for its work in delivering more than 160 million books to children around the world. The Imagination Library continues to race at an ever-accelerating pace, now providing 1.8 million high-quality, age appropriate books each month to children birth to age five around the world. Dolly herself visited the Library of Congress on February 28, 2018, to enshrine the program’s 100 millionth book, fittingly a copy of “Dolly Parton’s Coat of Many Colors,” which is an adaptation of her iconic song of the same name.

The prize award is named in honor of David M. Rubenstein, the co-founder and co-executive chairman of The Carlyle Group. Rubenstein is a major benefactor of the Library of Congress and is the chairman of the Library’s lead donor group, the James Madison Council. Dollywood Foundation President Jeff Conyers said,

“We are grateful to win what truly is the most prestigious award from the Library of Congress. This award showcases how the dream Dolly had years ago has become one of the world’s largest book gifting programs. She continues to express her pride in what the Imagination Library has become, and she is excited for the growth it is poised to experience moving forward. There is no doubt Dolly treasures being called ‘The Book Lady’ more than just about anything.”

New to the Imagination Library?

You can check availability in your area to register a child, sign up to receive a notification when the Imagination Library becomes available to you or learn more about how to Start A Program in your area.