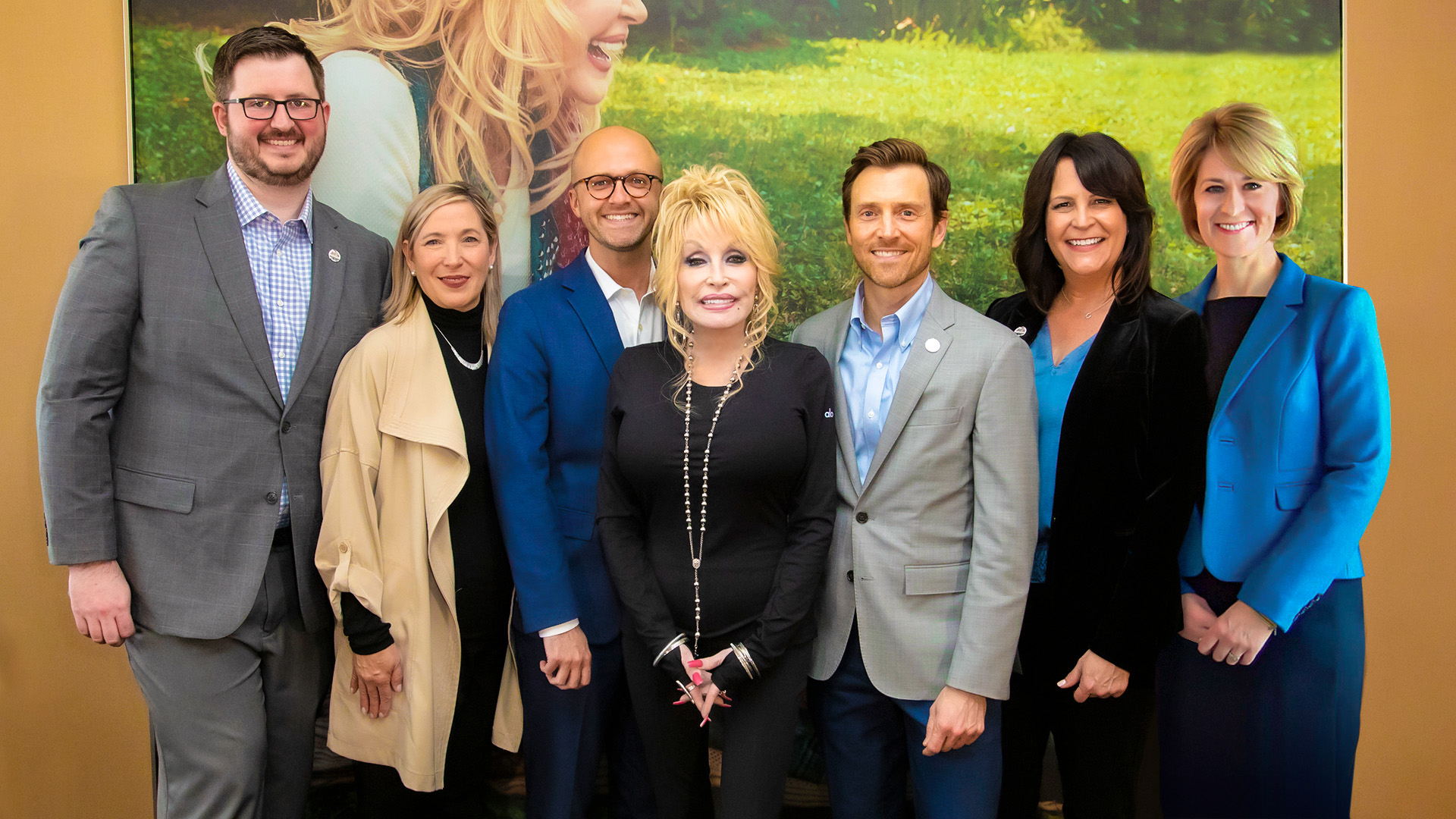 About The Dollywood Foundation

The Dollywood Foundation was created in 1988 by Dolly Parton to inspire the children in her home county to achieve educational success. Initial efforts focused on decreasing the drop out rate in the county’s high school. In the early 90’s Dolly promised every 7th-grade and 8th-grade student she would personally give them $500 if they graduated from high school. This effort, called the Buddy Program, reduced the drop out rate for these two classes from 35% to 6%. More importantly, the program catalyzed the community to provide additional resources to sustain this improvement in the drop out rate.

In 1995, the Foundation implemented Dolly Parton’s Imagination Library in Sevier County, Tennessee. This monthly book gifting program for children under five focused on inspiring a love of books and reading for all preschool children in the county. What was founded as a local program grew into an international movement through the unique partnership among the Foundation, the publisher, the fulfillment centers and the thousands of local organizations who adopted the program. The Imagination Library continues to be the signature program of the Foundation.

The Foundation also offers five scholarships to the county’s high school seniors to help further their education at any accredited university. The Dolly Parton Scholarship is a $15,000 scholarship awarded annually at each high school. The scholarships are for students who have a dream they wish to pursue and who can successfully communicate their plan and commitment to realize their dreams.

The Foundation also administers several additional scholarships. In 2016, Dolly provided a $30,000 scholarship to a young girl in Arkansas to recognize the Imagination Library’s achievement of distributing books to 1 million children each month. Once she reaches 18 years of age in 2032 the scholarship will be $60,000.

The My People Fund®

On November 28, 2016, massive fires swept through the county destroying the homes of over
1,000 families in Sevier County.

X
Our site uses a limited amount of cookies to provide essential website functions, added security measures, analytics, reporting, and program awareness. Please accept our cookie policy by clicking the “Accept” button. If you prefer not to allow cookies, you may do this using your browser’s tools. Also please note that Dolly Parton's Imagination Library adheres to the guidelines set forth by the General Data Protection Regulation (GDPR).Ok