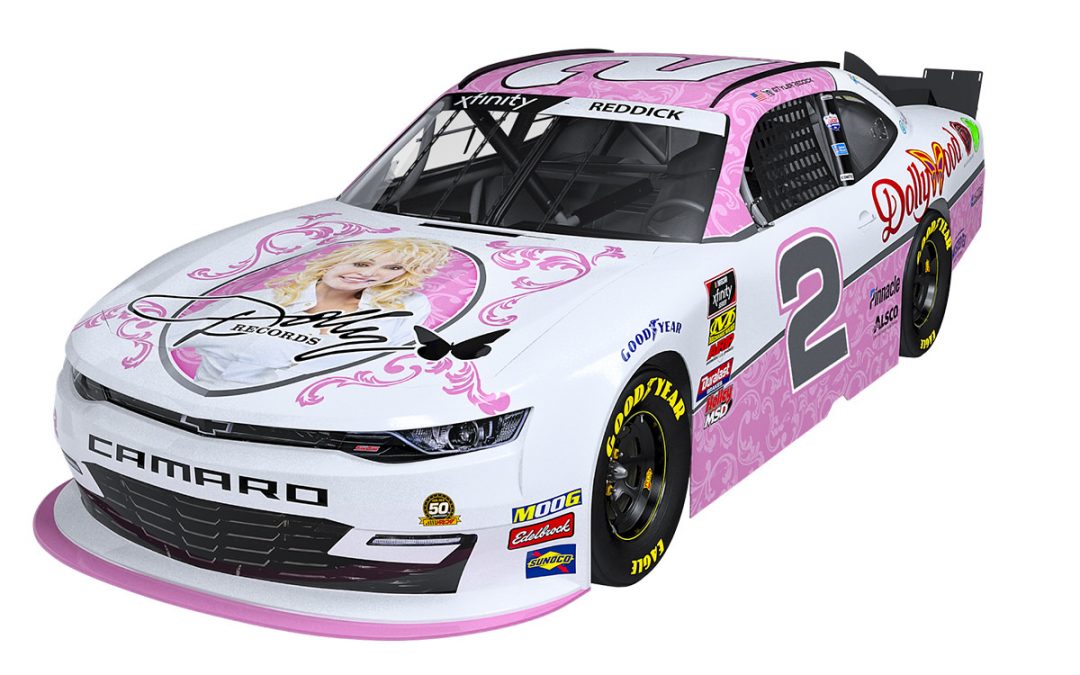 For the event, the hood of Reddick’s No. 2 Richard Childress Racing Chevrolet Camaro will be adorned with Parton’s likeness and her record company, Dolly Records, while the rest of the car prominently features the logos from each of Parton’s Pigeon Forge-area attractions. He hopes the addition of the entertainment icon to his car serves as catalyst to put him in Victory Lane for the first time in 2019.

It’s an honor to represent Dolly Parton and her variety of businesses on our No. 2 Chevrolet Camaro this weekend at Bristol Motor Speedway,” said the California native. “Dolly is an icon and has had a lot of success in her career, which is something I admire while trying to build my own success in NASCAR. Hopefully, we can take Dolly and the No. 2 Camaro to Victory Lane this weekend in her home state of Tennessee. I think that would be really special for everyone who is a fan of hers.”

Reddick is the 2018 Xfinity Series champion and enters the event in Thunder Valley with RCR as the current series leader. He is fresh off a second place finish in last weekend’s event at Texas Motor Speedway.

The car, which appropriately is trimmed in pink, includes the Dollywood theme park logo on the rear quarter panels, with the DollyParton.com website across the rear roof. Dollywood’s DreamMore Resort & Spa and Dolly Parton’s Imagination Library receive placement on the car’s rear fascia, and the logos of Dolly Parton’s Stampede Dinner Attraction, Dollywood’s Splash Country and the soon-to-open Pirates Voyage Dinner & Show each are included on the car’s deck lid. Saturday’s race marks the first time Parton and many of her businesses have been featured as a primary sponsor on a race car.

New to the Imagination Library?

You can check availability in your area to register a child, sign up to receive a notification when the Imagination Library becomes available to you or learn more about how to Start A Program in your area.