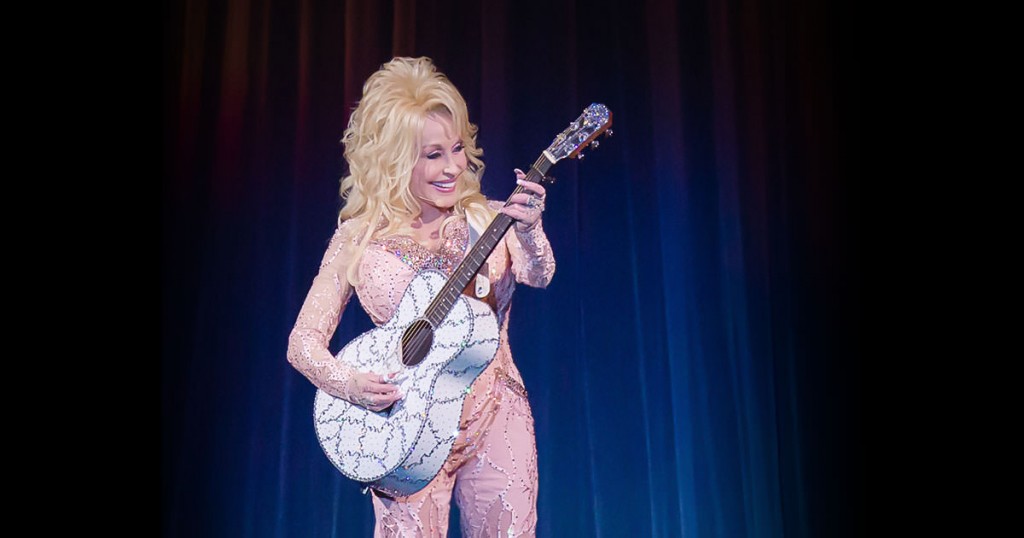 Dolly’s Pure & Simple Tour stop in Pigeon Forge raised $500,000 for the Imagination Library and celebrated the program’s One Million A Month Milestone!

Dolly Parton came home to the Smokies for a sold-out concert benefiting her Imagination Library. During the performance, Dolly celebrated the program’s “One Million a Month” milestone by giving one child, Evey Johns from Conway AR, a $30,000 College Scholarship!

Dolly Parton’s Imagination Library, began as a small community outreach in her native Sevier County, Tennessee. It has since evolved to become the largest literacy program in the world. In December of 2016, the “little literacy program that could” marked another impressive milestone—one million books gifted to children around the world each month.

To celebrate the unprecedented success, Evey Johns, a two-year-old from Conway, Arkansas who just enrolled in the Imagination Library, has been randomly selected to receive a $30,000 college scholarship. Dolly made the announcement during her Pure & Simple concert tour stop in Pigeon Forge, Tennessee on Nov. 15. Proceeds from the concert totaled $500,000 benefiting the Imagination Library. Dolly said,

“I thought long and hard about the best way to honor our achievement of reaching 1,000,000 children a month. The Imagination Library is all about inspiring dreams so what better way to pay tribute to this moment than by helping one special child pursue their college degree. So I am thrilled that today I can let the world know that precious, little Evey Johns of Conway, AR will receive a $30,000 scholarship for the college of her choice.”

The scholarship will be held in a special account and distributed to Evey when she enrolls in college. Over the next 16 years, the amount of scholarship should grow to approximately $50,000.